Cub Scouts and a Talent Show

One of Ben's many callings is that of Assistant Den Leader. Every Friday evening, he goes and hangs out with the boys, playing games, tying knots, etc. A few weeks ago we were fortunate enough to go to the Blue and Gold Dinner at the stake center. There was a magician, dinner, a cake decorating contest, and skits by all the different troops. 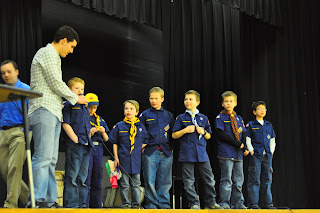 For our next outing, we went back in time a few months to our single days. Ben was asked to play the piano for a band performance in the singles branch talent show. They played Beautiful Day by U2, Dig by Incubus, and did their own rendition of the Mario theme song. Easily, the best performance of the night. 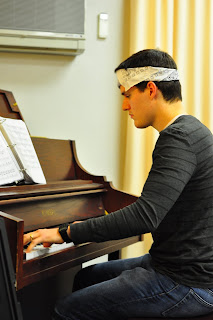 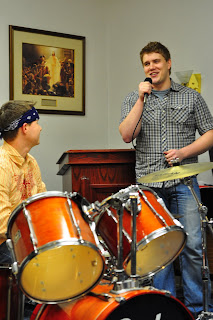 Also, at the talent show they had homemade kettle corn and it was DIVINE. I love the stuff and had a little more than my share, but man was it good. 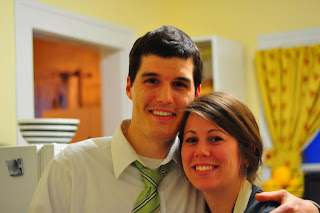 Getting ready for Sunday dinner with the boys from across the street. 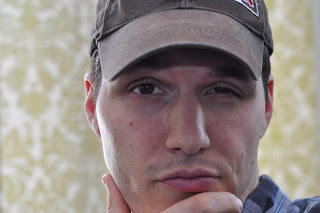 Ben Says: Want to peel a hard boiled egg in about 10 seconds flat? Simply tap both ends and peel a dime-sized portion of shell from the top and the bottom. Put your mouth around one end and forcefully blow the egg out! If you eat hard boiled eggs like me, you'll save approximately 23 seconds a year.
Posted by Maggie at 7:59 AM

The Study Of Us

Maggie
After getting married on December 18, 2010, we headed to Cleveland to start our new life together as Ben finishes dental school at Case Western Reserve University. Our family will expand in January 2012. We love to cook and read together.